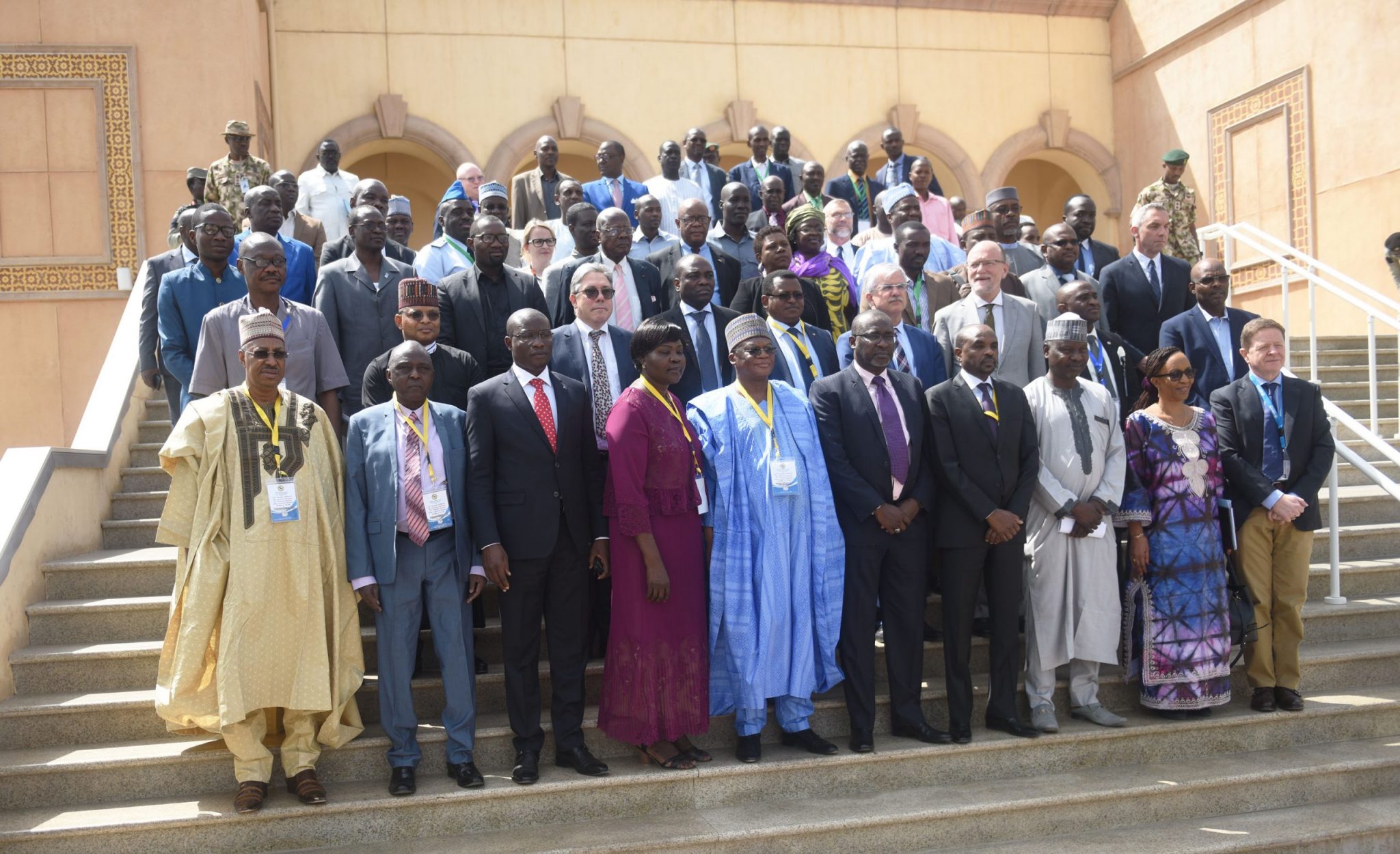 Under the chairmanship of Engineer Suleiman H. Adamu, Federal Minister of Water Resources, First Commissioner of Nigeria to LCBC and also current Chairman of the Council of Ministers, the 64th Ordinary Session of the Council of Ministers of the Lake Chad Basin Commission (LCBC) was held on 7 February 2019, in the Conference Room of the Hilton Hotel in N’Djamena, Republic of Chad.

The review of the 2019 Annual Work Programme and Budget (AWPB) of this sub-regional organization responsible for the preservation and harmonious management of the resources of the Lake Chad Basin was the focus of discussions. In addition, the Council reviewed the Report of the Meeting of National Experts, held from 4 to 6 February 2019, the Activity Report and implementation of the 2018 Budget of the Executive Secretariat, the 2019 AWPB, the 2018 Report of the Financial Controller, the 2017 External Audit Report of Financial Statements, the presentation of new projects under way and the implementation process of the Inter-Basin Water Transfer Project, etc.

In his welcome address, the 1st Commissioner of Chad to LCBC restated the commitment of member countries to spare no effort to bring peace, serenity and security to this devastated region. Mr. Sidick Abelkerim Haggar called on LCBC and member states to commit strongly in the implementation of initiatives and measures aimed at providing sustainable and comprehensive solutions to the challenges of Lake Chad.

The Executive Secretary of LCBC, Head of Mission of the Multinational Joint Task Force, in his introductory remarks, presented the progress made over the past year, notwithstanding the multiple and multifaceted challenges. Ambassador Mamman Nuhu also presented LCBC’s prospects. He acknowledged the efforts that both sides must make to rise to the challenge, congratulating traditional and new partners of LCBC and encouraging them to redouble their efforts, particularly in the implementation of the Regional Stabilisation Strategy Rehabilitation and Resilience of the Areas of the Lake Chad Basin Affected by the Boko Haram crisis.

The current Chairman of the Council of Ministers in his opening remarks stated that “in an environment that is more turbulent than ever, where extremist and terrorist groups persist in their cruel and criminal actions, attacking innocent lives, sabotaging economic infrastructures and destroying the centuries-old symbols of our common heritage and better living together, only initiatives to coordinate, cooperate and pool energies and resources can ensure that our actions can ensure effective and greater impact”. The Federal Minister of Water Resources insisted on the need for member states to pay their contribution arrears in order to enable LCBC to carry out its mandate. Engineer Suleiman H. Adamu went on to explain the urgent need to act on several fronts, including the implementation of the Regional Stabilisation Strategy, the Inter-Basin Water Transfer Project, but also the objectives of sustainable development as outlined during the International Conference on Saving Lake Chad held in Abuja in February 2018.

In order to comply with the practice in force today in almost all member states, and in order to avoid the accumulation of contributions arrears of member states, the Council of Ministers instructed the Executive Secretariat of LCBC to accelerate the implementation of the programme budget approach and to convene budget meetings by mid-November of each year.

In addition, the Council of Ministers approved resolutions relating to the timely and regular holding of statutory meetings, on a rotational basis, in alphabetical order of countries in English.

At the end of their deliberations, which took place in a very friendly and reflective atmosphere, the Ministers, deeply moved by the warm and brotherly welcome extended to them during their stay in N’Djamena, expressed their sincere and profound gratitude to His Excellency, Mr. Idriss Deby Itno, President of the Republic of Chad, the Government and the people of Chad.