Home About Us History

Lake Chad is the fourth largest African lake (by area) after Lakes Victoria, Tanganyika and Nyassa. The area of ​​Lake Chad, one of the largest bodies of freshwater on the African continent, has shrunk by more than 90% over the past 58 years. When the LCBC was created in 1964, the lake extended over more than 25,000km². Lake Chad is the vestige of an ancient Quaternary sea, at an altitude of 280 m and a depth that does not exceed 4 meters today (2012). It is crowded with islands and undergoes particularly intense evaporation.

Since the two terrible droughts of 1972-1973 and 1982-1984, rainfall has fallen from an average of 320 millimeters to 210 millimeters. And the two large rivers which flow into it have lost their power: the Chari-Logone which gives it 90% of its waters, like the Kamadougou-Yobe, which brings it the remaining 10%. Its highest level is usually reached in December-January, and its lowest in June-July. In 2008, its dimensions were 30 km by 40 km at the mouth of the Chari – Logone river for an area of ​​2,500 km². Lake Chad covers less than 10% of the area it occupied in the 1960s.

Creation: the LCBC was created on May 22, 1964 by the Fort-Lamy Convention (now N’Djamena) by Cameroon, Niger, Nigeria, and Chad. The Founding Fathers of the Lake Chad Basin Commission: 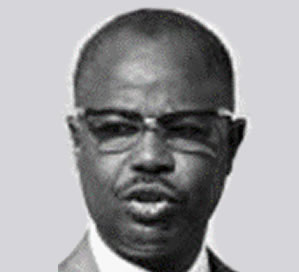 Ahmadou Ahidjo was a son of a Fulbé ethnic group ruler and a self-educated. He worked within the French colonial administration as a telegrapher, then a radio operator.

He was elected at the Territorial Assembly of Cameroon in 1947, then, became Adviser at the Assembly of the French Union from 1953 to 1958 and Chairman of the foregoing in 1957. Then, he ran the position of Deputy Prime Minister in charge of the Interior following the setting up of the self-government in Cameroon and Minister of Interior in May 1957. He became the Head of Government in February 1958. He was elected President of the Republic in May 1960. He managed to instil trust which was confirmed by the reunification with part of the British Cameroon (which stepped down the integration in Nigeria after the referendum). Cameroon became a Federal Republic in October 1961. On 22 May 1964 in Fort Lamy (current N’Djamena), Ahidjo signed the Convention creating the Lake Chad Basin Commission (LCBC) with his counterparts of the three other riparian States.

He was re-elected in 1965 and 1970. In May 1972, a referendum approved a constitution which made Cameroon a Unity State. Unexpectedly, at 58 years old, Ahidjo resigned on 4th of November 1982, officially for health reasons, and left the power to his constitutional successor Paul Biya. He died in exile on 30th of November 1989 in Dakar, Senegal. 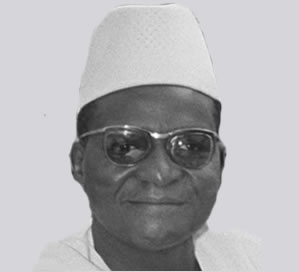 Hamani Diori was a son of a caregiver in the French colonial administration, from the ethnic group Djerma. After graduating from the William Ponty  Teaching College in Dakar, Senegal, he worked as professor with regional schools in his country between 1936-1938. He was the first Head of State of Niger and one of the founders of the former Cultural and Technical Cooperation Agency, current OIF (International Organisation of Francophonie).

In 1946, he is one of the founders of the Niger Progressive Party (PPN), a local chapter of the African Democratic Movement (RDA). In 1958, he became President of the transitional government, then Prime Minister in 1959. On 11th of November 1960, the Niger National Assembly enthroned Hamani Diori as Head of State following the independence of the country on 3rd of August 1960. On 22 May 1964 in Fort Lamy (current N’Djamena), he signed the Convention creating the Lake Chad Basin Commission (LCBC) with his counterparts of the three other riparian States. He was re-elected in 1965 and 1970 without opposition. Diori left Niger for Morocco in 1987 where he passed away on 23rd of April 1989 in Rabat. 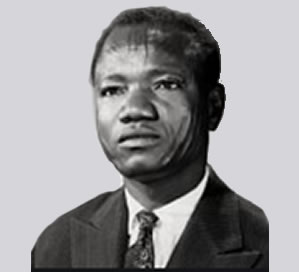 François Tombalbaye, later on Ngarta Tombalbaye, from the ethnic group Sara was trained as a primary school teacher. He was a member of the Chadian Progressive Party (PPT), a local chapter of RDA. He was elected territorial Adviser of the Moyen-Chari in 1952, then Vice-Chairman of the Higher Council of AEF in 1957 (under the statute of the Defferre Framework Law in 1956).

Prior to the independence, Tombalbaye strengthened his positions within the PPT. He replaced Gabriel Lisette, MP from the West Indies at the chair of the Council of Ministers in March 1959. In June 1959, invested by the National Assembly, he ran a government of union. He was the first Chadian Head of State at the Independence on 11th of August 1960. He was re-elected in 1962. On 22 May 1964 in Fort-Lamy (current N’Djamena), he signed the Convention creating the Lake Chad Basin Commission (LCBC) with his counterpart of the three other riparian States. On 13th of April 1975, he was overthrown and died following a military coup. 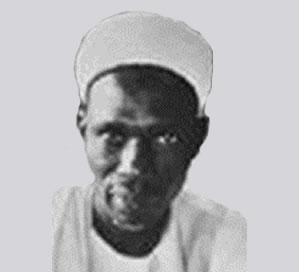 Alhaji Sir Abubakar Tafawa Balewa was born in Tafawa Balewa, North East State, Nigeria. After attending Katsina Teacher Training College (1928-1933), he was a teacher and later headmaster of the Bauchi Middle School. He studied at the London University Institute of Education (1945-1946), where he received a teacher’s certificate in history. In 1943 he founded the Bauchi Discussion Circle, an organization interested in political reform. In 1948 he was elected vice president of the Northern Teacher’s Association, the first trade union in Northern Nigeria. In 1949 he helped organize the Northern People’s Congress (NPC), originally conceived as a cultural organization but by 1951 a political party.

In 1951, in the North’s first elections, Tafawa Balewa won seats in the Northern House of Assembly and in the House of Representatives in Lagos, where he became a minister in the Central Council. In 1952 he became Nigerian minister of works and in 1954 minister of transport and the senior minister and leader of the NPC in the House of Representatives. In 1957 he became the first prime minister of Nigeria, He retained the post as Prime Minister when Nigeria gained independence in 1960, and was reelected in 1964. As prime minister, Tafawa Balewa developed a favorable reputation in international circles. He was an important leader in the formation of the Organization of African Unity and creating a cooperative relationship with French speaking African Countries. On 22nd of May, 1964 in Fort Lamy (today N’Djamena), along with the leaders of the three other Lake Chad riparian countries, he signed the Convention establishing the Lake Chad Basin Commission (LCBC). Tafawa Balewa died in January 1966 following army a military coup. 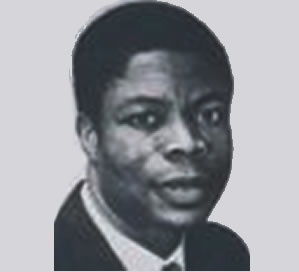 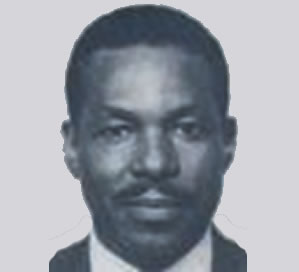 Civil Servant, Diplomat, 2nd Executive Secretary of the Lake Chad Basin Commission. Ambassador Carpenter was born in Argungu in Sokoto State of Nigeria in November 1932. After his commendable service to the Commission, he served among other deputy General manager of Sokoto-Rima River Basin Development Authority. 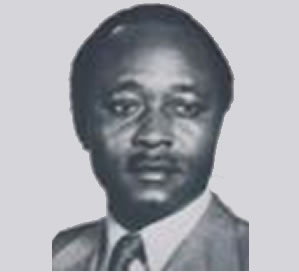 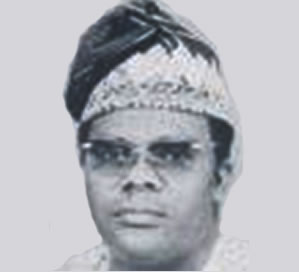 Civil Servant, Diplomat, 4th Executive Secretary of the Lake Chad Basin Commission. Chief Olufolabi was born at Otta in Ogun State of Nigeria on 18th February, 1931. He was since served in various capacities in the Ministry of External Affairs in Lagos and in Embassies abroad until his appointment as Executive Secretary of the Commission in June 1976. 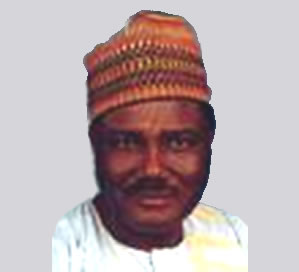 He was the 5th Executive Secretary of the Lake Chad Basin Commission (LCBC). 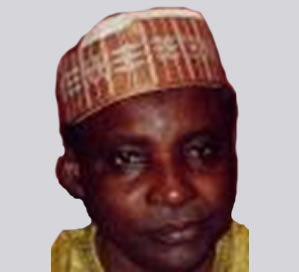 He was the 6th Executive Secretary of the Lake Chad Basin Commission (LCBC). He initiated the LCBC 2025 Vision which is a Strategic Planning Instrument for the rational management of the Water Resources of the Lake Chad Basin. Mr. Abubakar Bobboi Jauro implemented the decision issued from 6th Summit of Heads of state and Government on the International Boundary demarcation in Lake Chad (1988-1990) 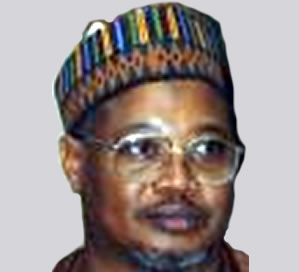 He was born in kankiya (Nigeria) in katsina state on 7th January 1950.He is a Civil Engineer and was the 7th Executive Secretary of the Lake Chad Basin Commission (LCBC). He was Director General of Sokoto-Rima River basin before his appointment as the Executive Secretary of the LCBC. The development and adoption of the strategic Action Plan (SAP) of the LCBC and National Action Plans (NAP) in member States as well as the adoption of the first phase of the institutional Reform of the Commission are also parts of his achievements. 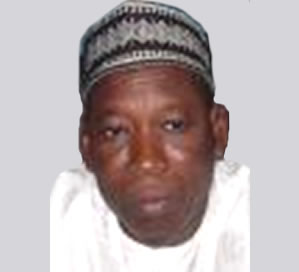 He was the 8th Executive Secretary of the Lake Chad Basin Commission (LCBC). Dr Abdullahi was born in Ganduje in Dawin Tofa commune in Kano State on 25th December 1949. He is a Specialist in public Administration. He was the architect of the effective implementation of the Institutional Reform of the LCBC and the launching of the feasibility study of the Inter-basin water transfer project. As a politician, he returned to Kano State where he has been elected as Deputy-Governor of Kano state for the second time. 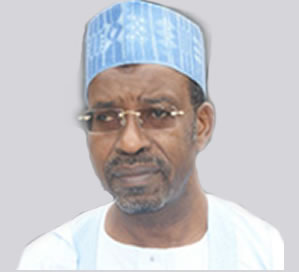 Engr. Sanusi was born in 1956 in Kano State of Nigeria. He has a (B.Eng.) Civil Engineering Degree from the famous Ahmadu Bello University of Zaria, a Master of Science (M.Sc.) Degree in Tropical Public Health Engineering from University of Leeds –England in 1990, He has served in various capacity in many organizations and became the Managing Director/Chief Executive Officer in Hadejia-Jama’are River Basin Development Authority a position he held until he became the Executive Secretary, LCBC on the 10th day of May 2011. 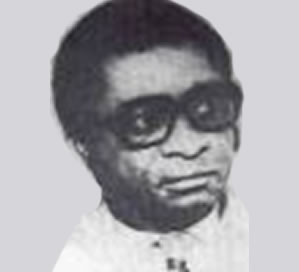 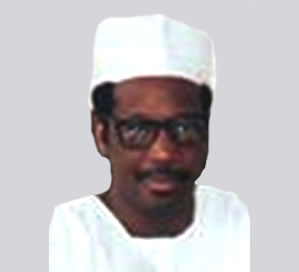 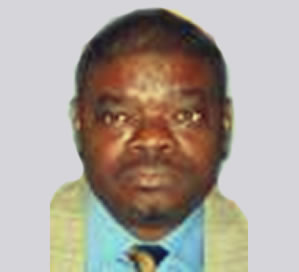 3rd Assistant Executive Secretary of the Lake Chad Basin Commission (LCBC). He was born in Sokolé (Pouma), Littoral Province (Cameroon) on 13th December 1949. He was a Geographer, graduated in Economic Planning, Development and Public Management.