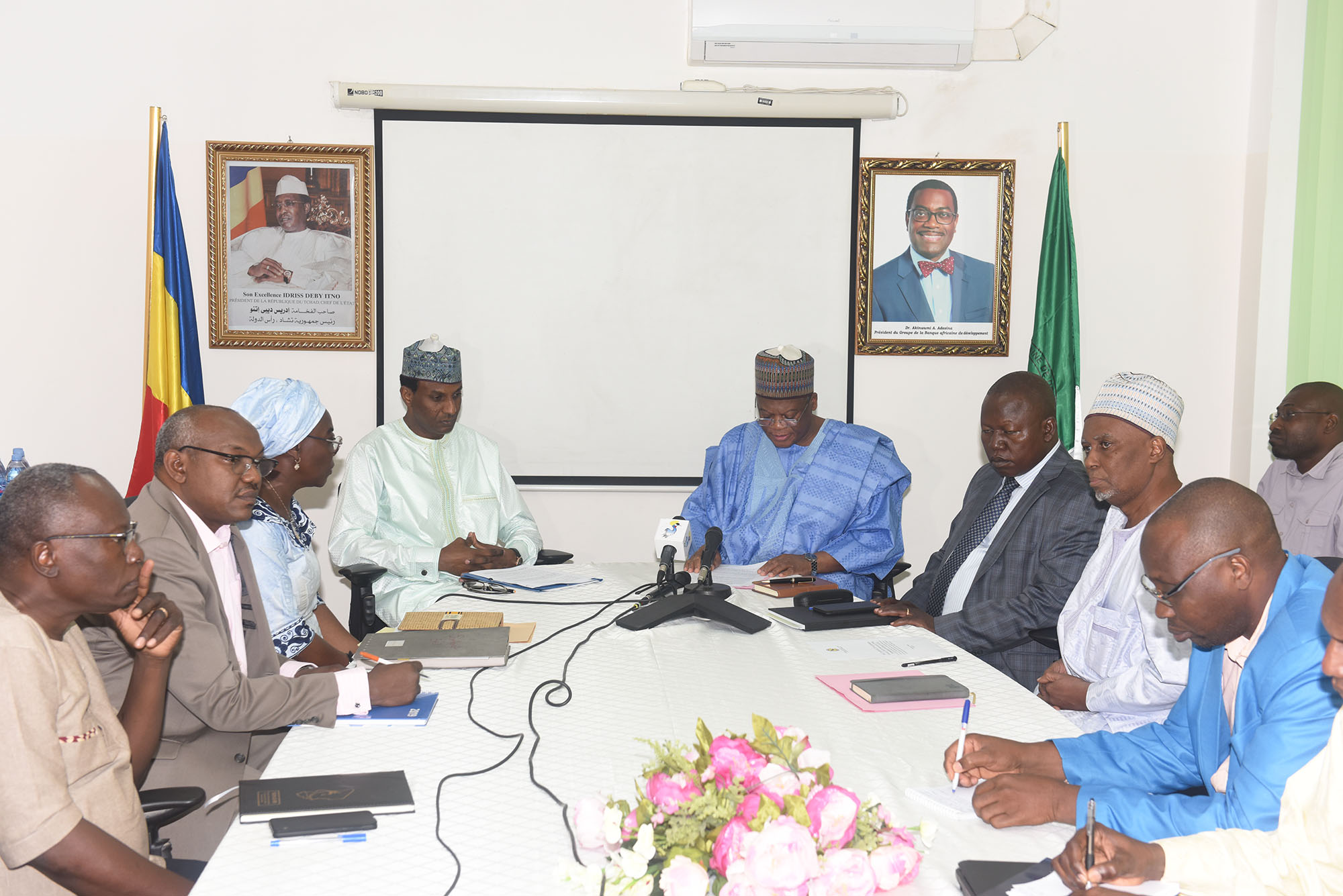 On 5 August 2019, the Executive Secretary of the Lake Chad Basin Commission (LCBC), Ambassador Mamman Nuhu and the African Development Bank (AfDB) Country Manager for Chad, Mr. Ali M. Lamine Zeine, signed a grant agreement worth approximately US$ 6.30 million (approximately FCFA 3.51 billion for LCBC.  The ceremony took place at the offices of AfDB in N’Djamena, in the presence of their close collaborators

Thanks to the mobilisation of the Global Environment Facility, co-funded by AfDB’s African Development Fund (ADF), these resources are in addition to an additional US$ 2.56 million (about 1.44 billion) – which had been subject to an agreement signed with the Government of Chad.

The funds are intended in particular to ensure the sustainability and improvement of the environmental impacts of activities of the Programme for the Rehabilitation and Strengthening of the Resilience of the Socio-Ecological Systems of the Lake Chad Basin (PRESIBALT), already funded by the AfDB for approximately FCFA 54 billion.

This new 5-year programme, funded by the GEF – AfDB grant, aims at improving ecosystem services in the Lake Chad Basin, including the preservation of aquatic and agro-forestry ecosystems and the sustainable use of the Basin’s resources, in a context of energy efficiency and food security.

Its main components will thus make it possible to consolidate and complete PRESIBALT, which is currently being implemented, and will address other favourable options for the collective management of the transboundary water system of Lake Chad as well as measures aimed at the sustainable and integrated management of the Basin’s natural resources.

According to Mr. Ali M. Lamine Zeine, “This additional funding reflects the willingness of AfDB, your Bank, to work for more exemplary cooperation to safeguard Lake Chad, this heritage of humanity and the main production driver of the various river-lake ecosystems whose interactions generate a large number of services and resources essential to the populations and societies living in the Lake Chad Basin.”

He invited the various parties involved in the implementation of the project to take all necessary steps to meet, as soon as possible, the conditions precedent to the first disbursement agreed in this grant agreement. He also expressed the wish to see that “in the near future, all the populations of the Basin will benefit from the achievements of the multiple projects of AfDB”.

The Executive Secretary of LCBC, magnified the unique cooperation between this sub-regional organization, which is currently facing multidimensional complex challenges. “Your commitment, your constant availability and that of your collaborators to find solutions to the challenges facing the Lake Chad Basin makes us to believe that with such a good disposition of mind and portfolios, the challenges facing the Lake Chad Basin are on the way to finding a lasting solution.” said Ambassador Mamman Nuhu.

He also expressed his recognition and gratitude to the Chadian authorities, led by President Idriss Deby Itno, for having agreed to make his GEF allocations freely available to PRESIBALT, thereby highlighting the importance that LCBC member states and particularly Chad attach to integrating and federating projects at the Basin. He did not fail to thank in passing all the partners who contribute to any degree to the revitalization and safeguarding of the Lake Chad Basin and to the improvement of the resilience of the populations that depend on its resources.