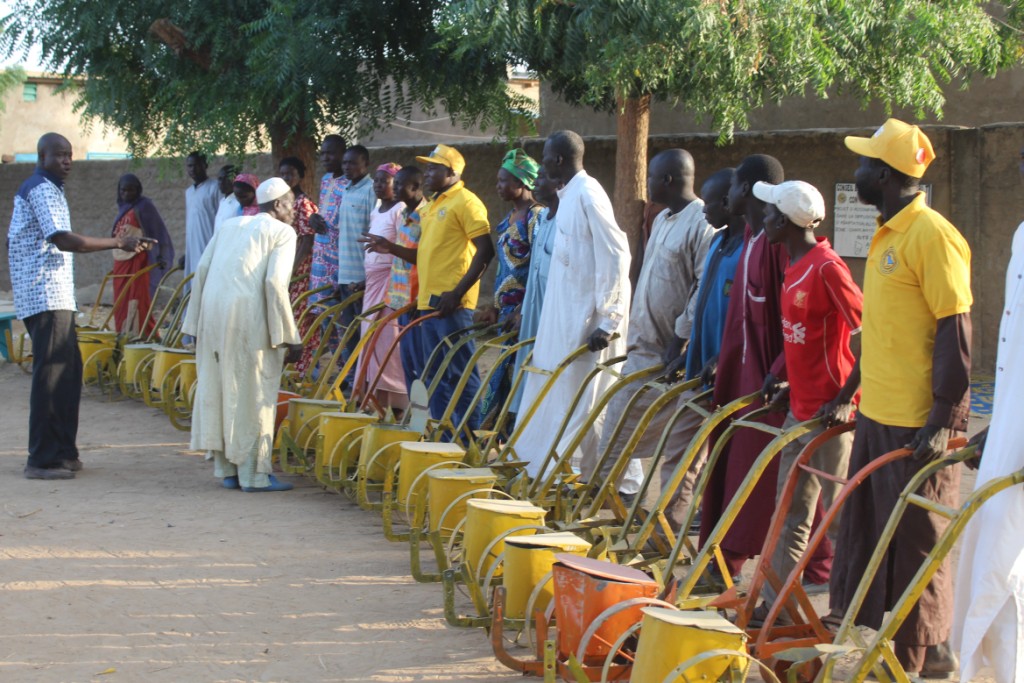 It started with an initiative to drill 15 volunteer farmers who acted as a bait for other farmers. Thus far, the current number of project beneficiaries who have been empowered has increased to 120 farmers. This donation is part of the project dubbed “Organizational Advisory Services to the Lake Chad Basin Commission”. The Project aims at assisting LCBC member countries meet climate change challenges.

Mr. Gossou Cheik Boubou, Coordinator of the beneficiary groups, expressed his satisfaction and thanked the Project upon receiving all the equipment and materials. He also urged the groups to continue this process while asking LCBC to continue supporting them through capacity building, advisory services. This support will help the beneficiary groups adapt to the effects of climate change and fight against conflicts between farmers and herders because beneficiaries of the project are both farmers and herders. 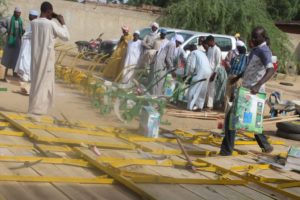 According to GIZ officials, this support will continue or even be extended to other areas in the Lake Chad Basin in order to address the major challenges of climate change, which is increasing food insecurity, social tensions and poverty among the populations concerned.

Previous Post Fight Against Boko Haram: Consultative Workshop Towards the Development of MNJTF SOP
Next Post Consultations and Sensitization Missions on the Regional Stabilization Strategy for Countries Affected by Boko Haram Insurgency