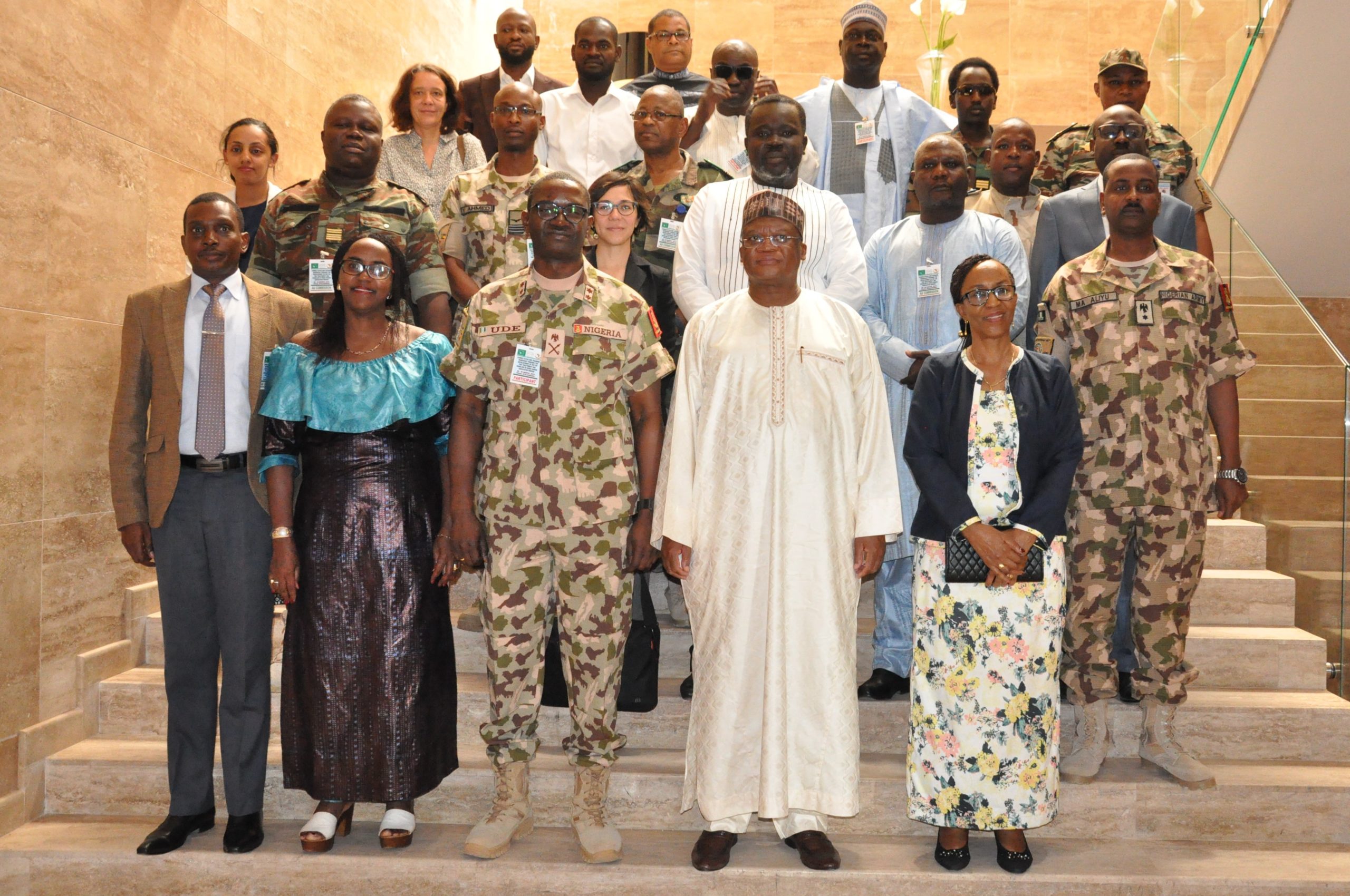 A consultative workshop towards the development of the Multinational Joint Task Force (MNJTF) Standard Operating Procedure on the treatment and handling of Boko Haram associated persons was held from 26 to 29 March 2019, at the Radison Blu Hotel in N’Djamena. The workshop was attended by the Executive Secretary of the Lake Chad Basin Commission (LCBC), Ambassador Mamman Nuhu, Mrs Zaina Nyiramatama, Head of the AU Liaison Office in Chad and the Force Commander MNJTF, Major General CHIKEZIE UDE. 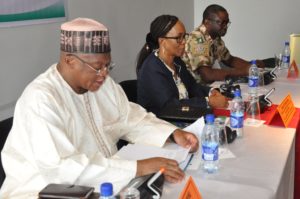 The workshop was organized by MNJTF, with the technical collaboration of the Defence and Security Division of the Peace and Security Department of the African Union. It brought together about thirty participants from MNJTF, the African Union and troop-contributing countries. The objective was to understand current practices in all sectors regarding the treatment and handling of Boko Haram associated persons, mechanisms and structures for implementing the MNJTF’s Standard Operating Procedures (SOP) and detention conditions, matters relating to the reception centre, etc.

Three speeches were delivered during the opening ceremony. The opening remarks by the Force Commander MNJTF, the remarks by the Special Representative of the Chairman of the AUC and the welcome address by the Executive Secretary LCBC. All speakers lauded the efforts made so far by MNJTF in the fight against Boko Haram in the Lake Chad Basin.

During three days, various stakeholders discussed current practices in the treatment and handling of Boko Haram associated persons in the four sectors of the territorial jurisdiction as part of the missions of the Force: Sector 1 (Mora in Cameroon), Sector 2 (Baga Sola in Chad), Sector 3 (Baga in Nigeria) and Sector 4 (Diffa in Niger).

Indeed, since 2015, the effective reactivation date of MNJTF, military operations have made it possible to cut off Boko Haram’s supply routes in the group’s areas of operation, without forgetting that several people have left the areas under the influence of the sect to return to their initial places of departure.  Some active members of Boko Haram, supporters and auxiliary members even surrendered to the security forces in the Force’s Area of Responsibility.

In terms of tangible results, 2,234 people associated with Boko Haram from the four sectors have surrendered to the Force. These people who have decided to leave Boko Haram are welcomed through reception structures set up in most of the countries of the basin affected by Boko Haram. Like the associated transit camp in Gombé, Nigeria, where the basic infrastructure set up to accommodate people who voluntarily left Boko Haram or the town hall of Mozogo in the Mayo Tsanaga Division in Cameroon, etc.

There is a growing need to establish a formal framework and harmonize handling procedures for repentant persons and Boko Haram persons associated within a broader Disarmament, Demobilisation and Reintegration (DDR) approach. With the sub-strategy of screening, prosecution, rehabilitation and reintegration of Boko Haram associated persons, based on the Regional Stabilisation Strategy Rehabilitation and Resilience of the Areas of the Lake Chad Basin Affected by the Boko Haram crisis adopted in 2018, this is a real boost to MNJTF’s efforts to win more battles and challenges in the fight against Boko Haram and permanently restore peace in the region.

Under the supervision of LCBC, MNJTF, which comprises approximately 10,000 men from the national armies of LCBC member countries and Benin Republic, has the mandate to create a safe and secure environment in areas affected by the activities of Boko Haram and other terrorist groups.