The “Fort Lamy Convention,” which established the LCBC as an inter-governmental cooperation organisation, was equally ratified by all the parliaments of the founding countries of the Commission. The convention defined the vast shared area of the region to be covered by the Commission, including Lake Chad which then covered over 25,000 square kilometres, its tributaries, and its attendant groundwater resources. Equally delineated was the conventional basin measuring about 1,000 kilometres long and eight hundred kilometres wide and shared by member states of the Commission.

The imperative of such a defining convention cannot be overstated, as the unsustainable use of the waters of the Lake Chad basin would no doubt affect the regime and potential of this vast hydraulic network. Hence, the essence of the creation of LCBC is to ensure coordinated management of the shared common patrimony of the region.

Since its creation, the Commission has continued to weather the storm and stood the test of time regardless of many challenges. Over time, it has become a solid platform for the transformation and development of the region. Although the journey has been fraught with daunting challenges, the Commission has remained committed and true to its ideals of effective management of their common resources through cooperation, solidarity, and mutual support as enshrined in the convention establishing it. Hence, it is the organisation’s expansion from the initial four founding member states to the current six, with the Central African Republic and the State of Libya admitted as member states, while Sudan, Egypt, Congo DR, and the Republic of the Congo observers in the Commission.

The 58th anniversary of this regional organisation saddled with managing the basin’s shared waters and environmental resources and coordinating regional development policies is today celebrated against the backdrop of constraining challenges for the Commission and its member countries.

In this light, the ES considers the event a defining moment where innovative approaches to development and environmental management need to be further explored for the integrated management of the complex and multifaceted challenges confronting the region.

“While the Lake Chad Basin, more than any other part of the globe, is faced with the daunting challenges of the effect of climate change, environmental degradation, poverty, insecurity, and the impact of COVID 19 pandemic, among others, it is, therefore, time to expedite actions with all hands-on deck to improve performance and delivery of our mandate”, Ambassador Mamman Nuhu stated.

Traversing between the technical functions of managing shared environmental resources and broader missions of development and regional security, LCBC will continue to play the role of interface between the policies of Member States, the local aspirations of the riparian communities of the Lake and the basin, and the global issues as they affect Lake Chad Region.

Given its expertise in environmental resources management and its progressive vision for development policies, the Commission will continue to serve as a driving force to spur and provide decision support tools for national authorities and riparian communities and ensure the efficient and sustainable management of the basin’s natural resources.

In addition to the recent successes in the fight against terrorist groups, the Regional Strategy for the Stabilisation, Recovery and Resilience of the Lake Chad Basin Areas Affected by the Boko Haram Crisis is being operationalised to ensure a holistic approach to sustainable peace in the region. Through the strategy, we continue to focus on addressing the underlying causes of the crisis, including inequality, poverty, lack of basic social services, lack of economic opportunities, and the impact of climate change and land degradation, with an emphasis on gender equality, social inclusion, and regional integration.

Our strength lies in our different Member States’ diversity, complementarity, and solidarity. Our source of inspiration remains the commitment and determination of our Heads of State and Governments, who spare no effort to ensure the happiness of the fifty million people living in the Lake Chad Basin and who derive most of their livelihood from it.

At 58, the LCBC is well-placed to build on its past success as a unique regional organisation. The Commission will continue to build on this momentum by strengthening the delivery of state-of-the-art services to its member states and peoples.”

“The 58th anniversary equally coincides with the inception of some projects and programmes to be executed by the Commission and its partners, focusing on meeting vulnerable groups’ needs, particularly young people and women. In a stabilised, secure environment, the quest for enhanced livelihood for the people of the basin remains the raison d’être of our establishment. We are acknowledging our governments and esteemed partners who have continued to support us in the delivery of this mandate over the past 58years and look forward to better cooperation in the onerous task of sustainable regional construction and improvement of the living conditions and well-being of the people of the basin,” the Executive Secretary added. 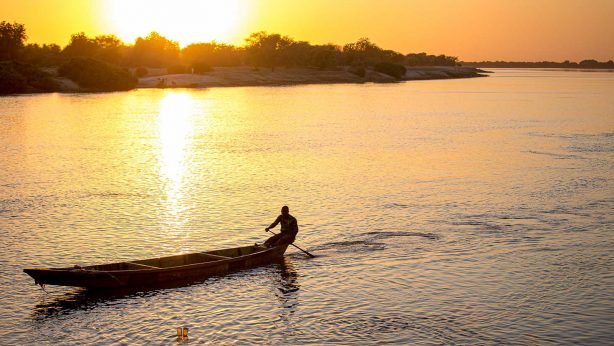 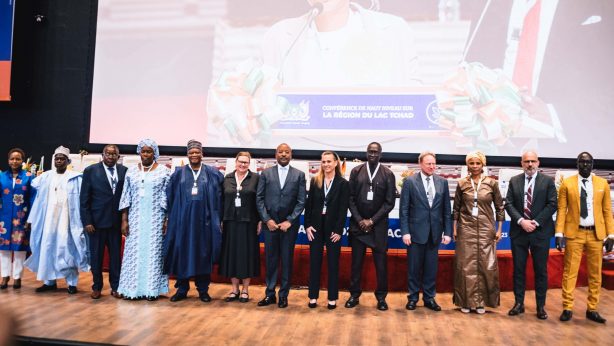